Statins and thyroidectomy may reduce the risk of orbitopathy developing in patients with Graves’ disease
Jerome M. Hershman

ANN ARBOR, Mich.— A University of Michigan study reports that patients with Graves disease had a significantly reduced risk of developing thyroid eye disease (TED) after taking statins or undergoing surgical removal of the thyroid.

The study, based on an analysis of healthcare claims data and published in the December issue of JAMA Ophthalmology, suggests that physicians may, for the first time, be able to modify their patients’ risk for TED through medical or surgical intervention. Individuals with Graves disease, an autoimmune condition characterized by overproduction of a thyroid hormone, often develop TED, which can cause bulging eyes, double vision, dry eye, and in some cases, vision loss. 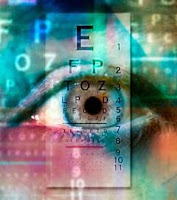 Study suggests that use of statins and surgical removal of the thyroid could
significantly reduce the risk for thyroid-related eye disease.

“Previously, aside from recommending not smoking cigarettes, we did not know of ways to prevent TED from developing in patients with Graves disease”, says Joshua D. Stein, M.D., M.S., a study author and health services researcher at the University of Michigan Kellogg Eye Center. “There are only a few known risk factors that can be modified, for example, smoking and exposure to radioactive iodine.”

The study found that surgical thyroidectomy (removal of the thyroid), alone or combined with medical therapy, was associated with a 74 percent decrease in risk for TED, compared with radioactive iodine therapy (RAI) treatment alone. Statin use for 60 or more days was associated with a 40 percent reduced risk for developing TED compared to less or no use of statins.

The team chose to investigate statins, a drug class typically used to lower cholesterol, after reviewing recent studies showing that statins also reduce inflammation, which is believed to play a role in TED. The study authors also say that several reports have shown that statins reduce fibrosis and excess connective tissue in the orbit associated with the eye disease.

While the findings are promising, the authors propose to conduct a clinical trial before recommending any changes in treatment. Stein adds that because all treatments have side effects, it will be important to learn whether statins or thyroidectomy offer patients with Graves disease benefits that outweigh the risks associated with these interventions.